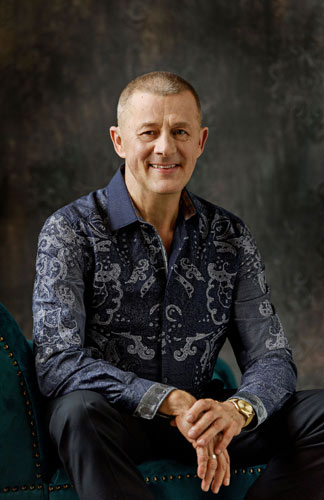 I worked in a formal setting for six years at the University of Debrecen Medical School. I gained experience as a medical researcher, later as a clinical doctor in the department of internal medicine and then in obstetrics and gynecology as well.

To me, the setting permitted by official medicine seemed too rigid, too narrow. My enthusiasm, ambition, and unquenchable desire to find new and better solutions pried these barriers apart. I began to proceed down a path that I set out myself.

I made the right decision. If I had stayed within the official setting, perhaps I never would have come across the information that forms the foundation of my activities today.

I understood when and why medical science became rigid and withdrawn.

I understood that dominance over medical education had been taken over – beginning from the early 1900s – by an interest group that was not interested in people living their entire lives in full, thriving health.

I understood that there exists a very active force that benefits from people being ignorant, fallible, vulnerable and unable to maintain a high level of health.

That’s when I found myself face to face with the pharmaceutical mafia.

The pharmaceutical mafia has no need for healthy people!

In this way it became clear why so many scientific discoveries ended up gathering dust at the bottoms of drawers and why they didn’t become integrated into human culture. They were deliberately buried.

The further I researched, the more it became clear to me that we have all the knowledge, skills, and tools at our disposal whose clever application could free humanity from the torments of disease and make it possible to achieve the ideal state in which everyone would be able to protect and maintain a very high level of health, and everyone would be capable of always keeping their distance from diseases.

All the skills, all the knowledge and all the tools are there.

But the pharmaceutical mafia has no need for healthy people!

Thus, the knowledge and tools that guide people to the preservation and maintenance of a high level of health have become the subject of very deliberate censorship and prohibition.

The picture had been pieced together. In 2003, I wrote my first book, Censored Health. As a subtitle, it is no accident that I chose, On the Assembly Line of the Disease-Industry.

While digging up the censored knowledge buried deep down in desk drawers, I also came across a multitude of scientific discoveries that demonstrated the astounding effectiveness of vitamins.

As a first step, I decided that I would make these tools – vitamins – more widely known.

I chose vitamins – as a first step – because I understood that by using them wisely, one can achieve a significant improvement in the quality of their life in a short period of time. This was the main reason. Something else that played a role in my decision was my belief that as a topic it could be relatively easy to get people to understand, and as a tool it could be made available to a wide audience.

This is what vitamins meant for me:

I made the right decision. It turns out that vitamins – when used properly – have an amazingly powerful, health-enhancing effect. What was most shocking was that we were able to achieve a definite improvement in the quality of life even for those who seemed perfectly healthy before taking vitamins.

The prediction made by the great scientists in the last century proved to be true: through the proper use of vitamins, the quality of human life can be raised above all previously hoped levels.

I was flooded with tens of thousands of thank-you letters from the grateful public. I proudly published the amazing real-life accounts to distribute as widely as possible.

By doing that, however, I managed to make the pharmaceutical mafia angry with me. This is because – as we already know – this interest group has no need for healthy people.

I was too outspoken; there were too many splendid outcomes. The extremely important health-preserving role of vitamins became known to an ever-growing number of people.

I became a threat to them.

They began an astonishingly aggressive, long-running series of attacks.

I filed lawsuits against the high-handed government agencies acting unlawfully. The war lasted for six years. In the summer of 2014, I finally won my last lawsuit.

Since then – presumably only temporarily – there has been peace, and I can once again devote my attention and energy to building and improving.

I didn’t plan on becoming a freedom fighter. I simply wanted to help people live better, more dignified lives richer in happiness and of a higher quality.

The attacks on me – which I have successfully overcome – say more about the current situation than any theory.

I’ve experienced first-hand – independent of any sort of theory – what the existing practice is really like.

Without intending to do so, I became a freedom fighter. No problem. I feel neither coerced, nor burdened. I didn’t plan for it to turn out like this, but I’m fine with it.

I have already raised my voice against abuse in several areas.

While I am also obliged to fight for the long-term viability of our fundamental human rights related to health, I do my best to provide as many of my fellow human beings as I can with the information that enables them to opt for a better life.

I’m doing my best to teach as many people as possible to use the tools that can help them achieve a higher quality of life in a wise and skillful manner.

I can call myself lucky.

I can live a beautiful, eventful, challenging and exciting life.

If you’ve read this far, then it was already worth it for me to put these thoughts out to the public.

Consider the following important piece of information as a takeaway:

There exists a higher quality of life within everyone’s grasp, including yours.

Thank you for your attention.